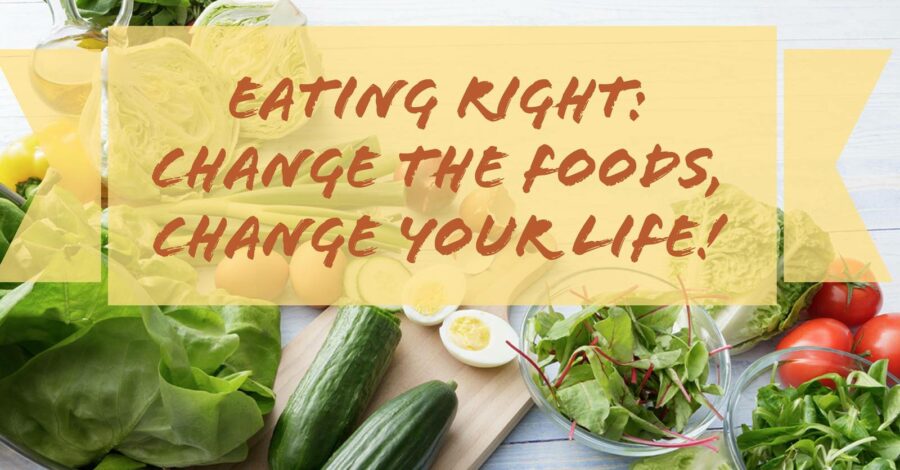 A healthy diet is a diet that maintains or improves overall health.

Take to into consideration that personality changes with mental disorders, due to a general medical condition. Depressed mood can become persistent after a thyroid hormone replacement, and so forth. Moreover, a mental disorder due to a general medical condition can be an amenable symptom, even while the general medical condition remains active. Also, too many people feel tired all of the time, you are exhausted, dragged out, and downward. You have to push yourself through, and struggle through your work day. In the morning you feel heavy and achy, far from refreshed. You are not alone. Fatigue has to be seen as a genuine illness in itself. Fatigue can be devastating; it can weaken the joy in life.

What is a Neurotransmitter?

What are the signs of a neurotransmitter deficiency? Proper amounts of neurotransmitters are necessary for maintaining optimal mental and physical health. Common conditions associated with serotonin/dopamine deficiencies include:

Limiting food intake in order to lose weight restricts the amounts of basic building blocks needed to produce enough neurotransmitters; it is recommended to increase dopamine, since it is necessary for mental concentration, alertness, high energy, and motivation. Tryptophan is the least common amino acid in food. It is also the most difficult to absorb into the brain this makes serotonin synthesis more difficult. With an appropriate alimentation like the ones below, this process is made easier:

Eating these foods does not substantially increase serotonin, but these foods contain other amino acids that compete with tryptophan for absorption. Tryptophan “loses out” to the other amino acids. Serotonin is responsible for our feelings of well-being, serenity, mood stability, and appetite satiety (fullness). When we have enough serotonin, we are more hopeful, creative, optimistic, focused, calm, responsive, patient, good natured, and in addition, we are loving and caring, thoughtful to wards others, and able to think things through. We don’t crave carbohydrates, and best of all, we sleep well with good dream recall. There are optional supplements, which contain nutrients like L-phenylalanine, vitamin B3, B6, B12, vitamin C, and magnesium, which are important cofactors in Gaba as a dietary supplement. With the help of the amino acids phenylalanine, lysine, and methionine, Gaba (gramma-aminobutyric acid) helps promote relaxation, and may soothe anxiety, and prevents disorders, like generalized anxiety disorder, obsessive-compulsive disorder (OCD), panic disorder, post-traumatic stress disorder (PTSD) and social phobia (or social anxiety disorder. It acts as a balancer for the brain, where excitation of the brain is balanced with inhibition, in addition to its balancing it is stimulates the anterior pituitary, leading to high levels of the Human Growth Hormone (HGH). It is  very important to know that two thirds of our brain is made of fats (lipids), which are incorporated into the brain cell walls, promoting membrane flexibility and strength. A filmy fat covers the branches of neurons, allowing proper electrical transmission of brain signals. The essential fatty acids (ALA) belong to the omega-3 fatty acid family. Most lipids can be made directly by the body, but two lipids can come only from food. The main food sources of omega-3 ALA include flax seeds, walnuts, sea plants and green leafy vegetables. Linoleic acids(LA) belong to the “omega-6” fatty acid, found in the oils of seeds, nuts, sunflowers, and sesame oils. The most abundant fat is DHA (docosahexaenoic acid) and EPA. An Omega-3 fatty acid is a good dietary source of DHA and EPA, and comes from high-fat, cold water fish, like salmon, sardines, halibut, rainbow, striped bass, tuna, mackerel, and trout. Omega-3s helps patients with Bipolar disorders and depression. Cell membrane deficiencies in omega-3s are associated with bipolar disorder, and people with higher seafood intakes appear to be relatively protected against bipolar symptoms. People with bipolar disorder revealed significant deficits in DHA. Vitamin E helps shield omega-3 from free radical damage. DHA is also available in supplement capsules; (fish oil), and thus remains the most potent source of omega-3 fatty acids.  People who get more omega-3s actually have bigger, more functional brains. In fact, the serotonin-related benefits of omega-3 supplementation are powerful enough to stand up to a head tohead comparison with fluoxetine (Prozac), a common and highly effective member of modern of the selective serotonin reuptake inhibitor (SSRI) category of modern antidepressants. In that study, 50% of subjects responded well to fluoxetine alone 56% to EPA supplementation, and an impressive 81% in people who took both forms of treatment. Individuals are advised however, not to attempt reducing, adjusting or discontinuing medication without first consulting with their physician.

Genesis 2:7: And the LORD God formed man of the dust of the ground, and breathed into his nostrils the breath of life; and man became a living soul. (Interestingly man did not receive a soul, but became a soul.)

Our corpse has needs, like water, food, sun, energy and different elements, because we are interconnected to hearth substance. One of them is alimentation, you know some foods are safe to eat, and others would knock you dead in short order, so we know not to eat them. In the same way there are moving things that live which are not good for us. We have terrible illnesses with no apparent cause, but the flesh of certain animals or other groceries slowly breaks down the human system, bringing on disease. Ingestion of the genetic code of such animals or foods may be the cause of genetic mutation in the human body. Yet, like the plants, there is much flesh that we can eat with no adverse results. God knows which animals are harmful to the human body because he loves us, he revealed which ones they are. Leviticus 11 and Deuteronomy 14 give God’s dietary plan for man. Between the two, it’s pretty easy to determine that lamb and cattle are good for food and that some other animals are not.

Attention! The Mood and Food Connection

Food allergies, sensitivities, and gastrointestinal and bacterial problems can be a real culprit in contributing to mental health issues. The “test” to determine if certain foods additives are triggering particular symptoms, is to basically, look at the way people used to eat before “hyperactivity” and ADHD became household words, and before asthma and chronic ear infections become so very common.

Dr. Feingold began his work on linking diet with behavior back in the 1960’s with:

It is good to look for the causes of the problems, rather than only address the symptoms.

Food dyes: Tartrazine, also called FD & C Yellow #5, is a petroleum-based coloring is not particularly worse than Blue #1, Red #40, etc. when you eat things with Yellow #5, you lose zinc through your urine and saliva If you have ADHD or an, anxiety disorder, you lose it even faster than someone without ADHA or anxiety. Sometimes zinc, an essential trace mineral, is required by hundreds of your body’s enzymes involved with the metabolism of protein, carbohydrates, fat and alcohol. Zinc is also critical for wound healing, sense of taste and smell, immune system function, bone strength, thyroid function, blood clotting, cognitive function, prenatal development, and sperm production. Even a mild deficiency can produce a wide range of physical and mental problems.

All of the synthetic dyes are allowed to contain harmful contaminants, like lead, mercury, arsenic, and Benzidine, “a carcinogen.” Lead usually targets the oxygen-caring protein in red blood cells first, eventually attacking your nervous system. The primary effect of mercury on infants and children is damage to neurological development. Yellow 5 has been shown to damage the ability of nerve cells to send and receive signals. In order for our brains to work properly, to think, remember, reason and learn, the nerve cells must be able to communicate with each other. Many learning and behavior problems begin in your grocery cart! Did the brand of ice cream, cookie, and potato chip you selected have a direct effect on you, or your child’s – behavior, health and ability to learnADHD (“Attention Deficit Hyperactivity Disorder) has also gone by some other names in the past, including: Minimal Brain Damage, (MBD), Hyper-kinesis, Learning Disability, H-LD (Hyper-kinesis/Learning Disability), Hyperactivity, Attention Deficit Disorder, and ADD with or without Hyperactivity. In addition to ADHD, many children and adults also exhibit one or more other problems, which may include: OCD (Obsessive Compulsive Disorder), ODD (Oppositional Defiant Disorder), Bipolar Disorder, Depression, Tourette Syndrome (TS), and Developmental Delays. These people often have food or environmental allergies. While all of the above symptoms might be helped by stopping and looking into your grocery cart, generally the characteristic that responds most readily is behavior.

Although the symptoms differ from one person to another, the one characteristic that seems to apply to all chemically-sensitive people, is that they get upset too easily. Whether the person is 3 or 46, they have a deficit in the brain. In the 1960’s and 1970’s ADHD medicine was used with restraint, generally discontinued after a few years, and never prescribed to very young children. If there was a history of tics or other neurological disorders in a family member, a child would not be given stimulant drugs. ADHD can be genetic, or it can be the result of exposure to lead or other heavy metals; in such a case, the logical treatment would be to remove the lead, arsenic, etc.

There are other undesirable food additives: MSG, sodium benzoate, nitrites, and sulfites to name a few, but most of the additives used in foods have not been as big of a problem as those listed. Food additives are not new. Artificial colors have been around for more than 100 years originally. they were made from coal tar oil) Children have been eating artificially colored and flavored products for decades, but back then most children ate these additives infrequently. They got an occasional lollipop from the bank or other local shops. Cotton candy was found at the circus. Jellybeans were given at Easter, orange cupcakes at Halloween, and candy canes at Christmas. Today, the typical child growing up in the United States and around the world is exposed to these powerful chemicals all day, every day. Acquiring information equals getting educated, which results in power. With that power we can make better choices. Good health is a matter of making good choices to balance your body, mind, and spirit. Ok, we can make better choices about food for a better health and present our bodies as a living sacrifice (Romans 12:1-2).

Each Temperament have different food tendencies …

You can read more about this topic in the Book Root of Temperament and their Personalities Disorders By Author Dr. Maria Barbosa

THE VICE OF ANGRY THOUGHTS » 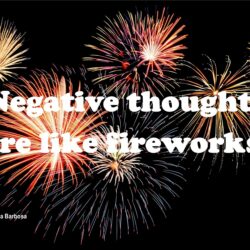 THE VICE OF ANGRY THOUGHTS 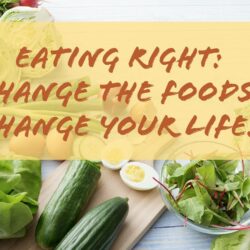 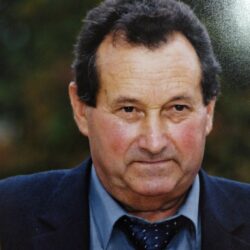 Book who is holding a terrific kids trophy @[10004

I am thankful for be able to attend (The it Around

I am thankful for be able to attend (The it Around

Congratulations to all Kiwanis Lawn Enforcement of

Happy Mother's Day to every Mother 🌸😘

Father God blessed everyone and protect our Countr

Thank you Ladies for participating at Fundraising